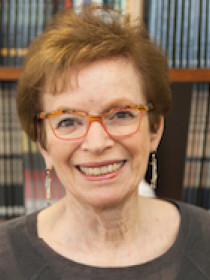 Co-Director, Center for Economic and Policy Research
Areas of Expertise:

Appelbaum is an economist who has published widely on a variety of topics involving labor and employment. A major focus of her research is on implications of company practices for organizational effectiveness and employee outcomes. She has studied the adoption of workplace practices that increased worker participation in shop floor decisions as well as employers’ efforts to limit opportunity in the workplace and expand low wage jobs. She is currently engaged (with Ruth Milkman) in studying the effects of paid family leave in California on firms and workers. A second strand of current research (with Rosemary Batt) examines the effects of private equity ownership on managerial decision making, firm competitiveness and employment relations. She has engaged in policy debates on these topics, testified before the New Jersey state legislature and the U.S. Congress, and has been interviewed in major media outlets. Some of her areas of expertise include private equity, financialization, workers and communities, healthcare restructuring and its implications for workers, and economic security.
Contributions | No Jargon Podcast | In the News | Publications

Paid Family Leave in California and New Jersey: The Benefits for Working Families and Employers

Examines a widely-cited body of research to illuminate some of the major controversies surrounding private equity including whether private equity creates or destroys jobs, whether it provides better returns than the broad stock market to investors, and whether the debt burden assumed by firms acquired by private equity substantially increases the risk of bankruptcy.

"Macroeconomic Policy, Labour Market Institutions and Employment Outcomes" Work, Employment and Society 25, no. 4 (2011): 596-610.
Argues that in the wake of the Great Recession, stimulative macroeconomic policies, while critical, may not alone suffice to absorb all the unemployed in a timely manner. Weak labor market institutions in the U.S. tend to dampen the immediate impact of such policies on employment. Policies that discourage lay¬offs and encourage short-time work programs in the public and pri¬vate sectors can play an important role in improving labor market outcomes.
"Leaves That Pay: Employer and Worker Experiences with Paid Family Leave in California," (with Eileen Appelbaum and Ruth Milkman), Center for Economic and Policy Research, December 31, 2010.

Reports on surveys of employers and workers in California about their experiences with the state’s paid family leave program, which began in 2004. Finds that the feared negative impact on employers did not materialize and that workers who used the program benefit from it.

"Work Process and Quality of Care in Early Childhood Education: The Role of Job Crafting" (with Carrie Leana and Iryna Shevchuk). Academy of Management Journal 52, no. 6 (2009): 1169-1192.
Conducted performance assessments in 62 childcare centers and surveyed 232 teachers and aides to examine the extent to which these workers used the discretion inherent in this work to craft their jobs, and how this affected the quality of their classrooms. Found that in classrooms in which the lead teacher and aides jointly developed their work roles, classroom quality was better and workers were more satisfied, committed, and attached to their jobs.
Low Wage America: How Employers are Reshaping Opportunity in the Workplace (with Annette Bernhardt and Richard Murnane) (Russell Sage Foundation, 2003).
Examines how changes in the workplace have played out in the lower reaches of the job market, for example among low-wage workers in hospitals.
Manufacturing Advantage: Why High Performance Work Systems Pay Off (with Tom Bailey, Peter Berg, and Arne Kalleberg) (Cornell University Press, 2000).
Analyzes the experiences of workers and firms with high performance work systems that permit front-line workers to participate in decisions that affect operational outcomes. Examines the effects of these practices on plant performance and outcomes of interest to workers.