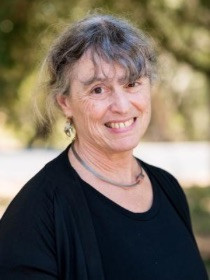 Milkman's research focuses on work and organized labor in the U.S., past and present. Key themes in her writing include gender and labor, immigration and labor, work-family policy, and low-wage labor issues.
Contributions | No Jargon Podcast | In the News | Publications

Paid Family Leave in California and New Jersey: The Benefits for Working Families and Employers

"The State of the Union 2011: A Profile of Organized Labor in New York City, New York State, and the USA," (with Laura Braslow),

Profiles the nation's most unionized region, analyzing unionization levels by industry, gender, race and ethnicity and nativity in NYC, NY State and the U.S.

"Leaves That Pay: Employer and Worker Experiences with Paid Family Leave in California," (with Eileen Appelbaum and Ruth Milkman), Center for Economic and Policy Research, December 31, 2010.

Reports on surveys of employers and workers in California about their experiences with the state’s paid family leave program, which began in 2004. Finds that the feared negative impact on employers did not materialize and that workers who used the program benefit from it.

Joint Report of the National Employment Law Project, the UCLA Institute for Research on Labor and Employment, and the Center for Urban Economic Development, and the University of Illinois at Chicago

Uses an innovative methodology to analyze the rates of wage theft (payment below the legal minimum wage), violations of overtime pay laws, and other workplace violations in Los Angeles, New York and Chicago.

L.A Story: Immigrant Workers and the Future of the U.S. Labor Movement (Russell Sage Foundation, 2006).
Documents the casualization and deunionization of blue-collar work in four industries (trucking, construction, garments, and building services) and how that led to the shift from U.S.-born to immigrant employment. Analyzes as well the unexpected rise of union organizing among immigrants in the 1990s and 2000s, comparing successful and unsuccessful unionization drives.
Farewell to the Factory: Auto Workers in the Late Twentieth Century (University of California Press, 1997).
Offers a case study of industrial restructuring and its impact on workers and their union, focused on a New Jersey General Motors assembly plant.
Gender at Work: The Dynamics of Job Segregation by Sex during World War II (University of Illinois Press, 1987).
Studies the ways in which job segregation by sex is reproduced under a variety of historical conditions, including depression and war. Focuses on the U.S. automobile and electrical manufacturing industries, examining the ways in which managers, workers and unions approach gender in the workplace.