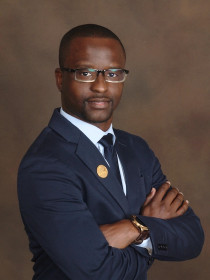 Jones's research focuses on the residential and neighborhood context in which individuals live as a way to understand health disparities among marginalized populations.
Contributions | No Jargon Podcast | In the News | Publications

The Health Consequences of Moving from Place to Place

Episode 106:
Investing in Our Neighborhoods

"Segregation and Cardiovascular Illness: The Role of Individual and Metropolitan Socioeconomic Status" Health and Place 22, no. 1 (2013): 56-67.

Uses prospective data from a cohort of elderly Hispanics to explore how first-, second- and 1.5-generation Latinos differ in their levels and trajectories of disability.

"Stability of Men’s Interracial First Unions: A Test of Educational Differentials and Cohabitation History" The Journal of Family and Economic Issues 31, no. 2 (2010): 241-256.

Suggests that a history of cohabitation, plans of marriage, and education may help explain the divergent divorce patterns of interracial and same-race unions. Subsequent analyses by racial union pairing suggest that Black men with White women and Latino men with Black women have significantly high risks of divorce.

"Differences in Tobacco Use between Canada and the United States" (with Angelika Gulbis and Elizabeth H. Baker). The International Journal of Public Health 55, no. 3 (2010): 167-175.

Explores differences in who smokes (smoker type) and exposure to smoking (pack-years) between Canada and the U.S. Argues that if countries want to focus on limiting the number of new cases of smokers, the target population is different from the target population that should be used if countries are interested in converting smokers into non-smokers.