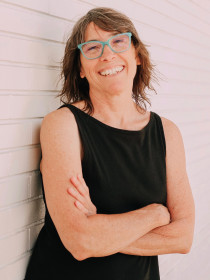 Brents' research focuses on the sexual economy, consumption and the sex industry, sex work law and regulation, and the labor of sex work. Overarching themes in Brents' writings address sexuality, gender and politics in market culture. Brents has been active nationally and internationally in sex work research, the sex worker rights movement, the ACLU and various peace and justice movements.
Contributions | No Jargon Podcast | In the News | Publications

Analyzes a debate to close one of Nevada's legal brothels in the early 2000s, before discussions of sex trafficking reframed prostitution debates. Finds that both support and opposition to the legal brothels were based on ideas of gender justice and individualistic, neoliberal notions of free choice, consumer choice, and economic freedom.

Reviews the major research findings regarding sex trafficking. Mentions that since the issue is so politicized, much public discussion is based on inaccurate data and poorly drawn conclusions. Discuses how we can rethink the issue to better understand and target policies to fight trafficking in the sex industry.

The State of Sex Tourism, Sex and Sin in the New American Heartland (with Crystal Jackson and Kathryn Hausbeck) (CRC Press, 2010).

Examines the US only system of legal prostitution in the rural brothels in Nevada.