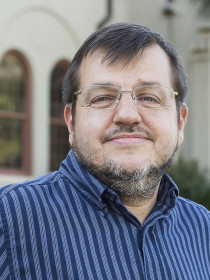 Tamas's research focuses on elections, electoral systems, and third parties. Overarching themes in Tamas's writings include the role of US third parties and how they are currently in a stronger position to influence American politics than most commentators realize; and how the SMP electoral system and winner-take-all elections produce a range of threats to American democracy, including potentially increasing the damage caused by voter suppression measures. Tamas serves as an adviser to the executive board of STOP, an international human rights organization that undertakes a community-led approach for combating human trafficking in South Asia.

Georgia Voter Suppression Efforts May Not Change Election Results Much

Bernard Tamas quoted by Dora Mekouar, "Is Polarized America Primed for a Breakout Third Party?" Voice of America, July 21, 2021.
"US Third Parties Can Rein In the Extremism of the Two-Party System," Bernard Tamas, The Conversation, June 22, 2021.
Bernard Tamas quoted on third parties slowly gaining support and strength since they were founded by John Murray, "The Libertarian Party, Born in Colorado 50 Years Ago, Still Seeks Elusive Mainstream Acceptance" Denver Post, June 20, 2021.
"Valdosta State University Professor: Voter Suppression Laws May Not Change Election Outcomes – For Now," Bernard Tamas, Interview with Lashawn Hudson, WABE Atlanta, June 3, 2021.
Guest to discuss why doesn’t the US have viable third parties? on You Don't Have to Yell, Bernard Tamas, July 16, 2020.
"The U.S. Has More Third-Party Candidates Than It’s Seen in a Century. Why?," Bernard Tamas (with Matthew Dean Hindman), Monkey Cage, The Washington Post, August 31, 2016.

Discusses that contrary to widespread belief, ballot access laws (or the state laws that determine what candidates are placed on the ballot) do not hurt the prospects of third parties.

The Demise and Rebirth of American Third Parties: Poised for Political Revival? ( Routledge, 2018).

Illustrates that most explanations for third-party weakness are based on theories that are inaccurate or dated, and that instead third-party strength is closely related to how polarized the two major parties are. Continues demonstrating that contrary to popular thought, third parties have been gradually gaining strength over the past half century.

"American Disproportionality: A Historical Analysis of Partisan Bias in Elections to the U.S. House of Representatives" Election Law Journal 18, no. 1 (2019): 47-62.

States that elections to the House of Representatives have been severely biased long before the current period of extreme gerrymandering.

Mentions that fusion (or when candidates are nominated by both a third party and major party) had never improved the prospects of third parties.

Demonstrates that running elections through single-member districts, like in the US, can dramatically increase the negative impact of voter suppression and other methods for underrepresenting voters.