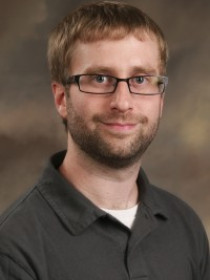 Posick is an Associate Professor of Criminal Justice and Criminology at Georgia Southern University. He received his doctorate in criminal justice and criminology from Northeastern University in 2012. His research focuses on the causes and consequences of victimization, community violence, and quantitative research methods. He teaches in the areas of victimology, criminal behavior, and statistics. In his home town of Statesboro, GA, he serves on the board of directors of the Court Appointed Special Advocates (CASA) and was appointed to the Mayor’s Prisoner Reentry Committee.
Contributions | No Jargon Podcast | In the News | Publications

The Role of Empathy in Crime, Policing, and Justice

"Victimization and Police Reporting: The Role of Negative Emotionality" Psychology of Violence (forthcoming).
Describes the emotions felt by individuals after their victimization experience, and examines the causes of these emotions and investigates the pathway from these emotions to police reporting.
"Do Boys Fight and Girls Cut? A General Strain Theory Approach to Gender and Deviance" (with Amy Farrell and Marc Swatt). Deviant Behavior (forthcoming).
Reviews the research on the impact of strains on behavior as well as how strain leads to negative emotions which influence behavior, then analyzes data on a sample of adolescents to explore how strain differentially affects boys and girls and how their response to emotions impacts their individual behavior.
Great Debates in Criminology (with Michael Rocque) (Routledge, 2019).

"Putting HEART Into Policing: A 21st Century Model for Effective and Fair Policing" (with Heather Hatfield). An International Journal of Police Strategies & Management 40, no. 1 (2017): 128-140.

Shows that the application of the H.E.A.R.T medical model is the most significant and substantial correlate of perceived fairness of police-community interactions and accounts for agency-level differences in perceived fairness.

Utilizes a university sample to explore who seeks counseling for exposure to threatening intimate partner violence.

"Risk Factors for and Behavioral Consequences of Direct Versus Indirect Exposure to Violence" American Journal of Public Health 106, no. 1 (2016): 178-188.

Finds that youths who tended to be personally victimized were also likely to witness violence; conversely, youth who disproportionately witnessed violence were relatively unlikely to experience personal victimization.

"On the General Relationship between Victimization and Offending: Examining Cultural Contingencies" (with Laurie A. Gold). Journal of Criminal Justice 43, no. 3 (2015): 195-204.
Suggests that victimization remains a salient predictor of offending across contexts with overall consistency in its effect on offending. Some cultural indicators were shown to slightly moderate this relationship.
"Person-in-Context: Insights on Contextual Variation in the Victim-offender Overlap across Schools" (with Gregory M. Zimmerman). Journal of Interpersonal Violence 30, no. 8 (2015): 1432-1455.
Suggests that victimization is positively and significantly related to offending in all school contexts but that the relationship between victimization and offending is stronger in non-urban schools than in urban schools. Indicates that negative emotionality may play a key role in unpacking the mechanisms through which context moderates the victim-offender overlap.
"More Than a Feeling: Integrating Empathy into the Study of Lawmaking, Lawbreaking, and Reactions to Lawbreaking" (with Michael Rocque and Nicole Rafter). International Journal of Offender Therapy and Comparative Criminology (November 2012).
Incorporates empathy into several facets of criminology including the explanations of: lawmaking, lawbreaking (delinquency), and relationships with law enforcement.