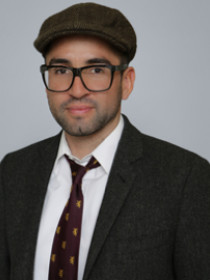 Zepeda-Millán's research focuses on immigration, racial politics, and social movements. As highlighted by the 2016 Presidential Election and Donald Trump's public attacks against Latino— especially Mexican—immigrants, immigration has become the "third rail" of American politics. In addition from Black Lives Matter to the Immigrant Rights Movement, political activism has become a major tool for groups seeking to create policy change in contemporary American politics.

Thus, Zepeda-Millán's work touches on some of the most politically salient and contentious policy issues in the United States today. He has worked with several local and national immigrant rights organizations (e.g. the National Network for Immigrant and Refugee Rights, National Day Laborer Organizing Network, and the Coalition for Human Immigrant Rights of Los Angeles) and conducted studies on immigrant political incorporation, experiences that have given him a unique perspective on issues related to race, activism, and American citizenship.

Latino Support for Rights Movements in the Age of Trump

Examines the effects of protests on the strength of Latino racial identity. Tests whether Latino perceptions of racialization changed during the series of demonstrations and finds that both during and after the marches, Latinos possessed a greater sense of racialization than before the marches.

"The Impact of Large-Scale Collective Action on Latino Perceptions of Commonality and Competition with African Americans" (with Sophia Wallace and Michael Jones-Correa). Social Science Quarterly 97, no. 2 (2016): 458-475.

Uses the case of New York City to examine why certain immigrant groups participated in the 2006 protest wave more than others and why the city mobilized less compared with other major immigrant metropolises. Indicates that certain immigrant groups participated more than others because of how the issue of "illegal immigration" was racialized and framed by the media, and because of the disproportionate impact the proposed legislation would have had on them.

"The Political Effects of Having Undocumented Parents: How Parent illegality Impacts the Political Participation of Their U.S.-Born Latino Children" (with Alex Street and Michael Jones-Correa). Political Research Quarterly 70, no. 4 (2017): 818-832.

Finds that the offspring of the undocumented are not only not less likely to be civically engaged but are also more likely to protest on immigration issues and more optimistic that popular protest can induce political change.

Finds that young U.S.- born Latinos view the Democratic Party as less welcoming when informed that deportations have been higher under President Obama than under his predecessor. Indicates that mass deportation policies have the potential to reshape the partisanship and politics of Latinos for years to come.