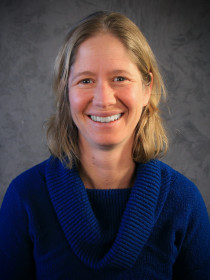 Mansbach's research focuses on reproductive health legislation and activism, including the legislative and discursive strategies of the anti-abortion movement.
Contributions | No Jargon Podcast | In the News | Publications

The Abortion Barriers and Needs of Black Women

"The Regulation of Exploitation: A Comparative Analysis of Surrogacy Arrangements in Israel and the United States" (with Alisa Von Hagel). International Feminist Journal of Politics 18, no. 2 (2015): 190-209.

Provides an analysis of the local conditions that shape exploitation in surrogacy arrangements in Israel and the United States. Focuses on the selection and compensation of surrogates to analyze the impact of local forces that define certain practices and regulations as exploitative. Introduces a framework that can be used to analyze the interaction between universal and local forces that lead to exploitation in surrogacy arrangements.

Traces the development of the discourse used by the pro-life movement since the 1970s, and its relationship to public policy efforts at the state and federal level. Highlights the pro-life strategy and its current and future impact on human rights, reproductive rights, and right-wing politics.

"The Battle for Recognition: Religious Freedom post-Obergefell" (with Alisa Von Hagel). Law, Culture, and the Humanities (2018).

Analyzes the latest efforts by opponents of same-sex marriage to frame their battle against this practice as a matter of religious liberty.