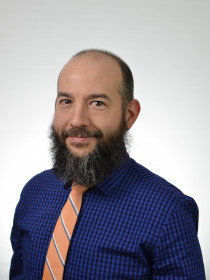 Associate Professor of Sociology and Anthropology, The University of Texas at Arlington
Chapter Member: Dallas-Fort Worth SSN
Areas of Expertise:

Arditi’s research focuses on the intersection of culture and technology, with an emphasis on the music industry. Overarching themes in Arditi’s writings include labor exploitation, digital networks and streaming. Arditi just completed a manuscript on the role of record contracts in musicians’ lives. Arditi is currently working on a book about streaming culture (music, movies, television, video games, etc.). Arditi serves as the editor of the peer-reviewed journal Fast Capitalism, and founded a digital music archive entitled MusicDetour.

Finding the Music We Won’t Celebrate at the Grammys

Getting Signed Record Contracts, Musicians, and Power in Society (Palgrave, 2020).

Explores how ideology motivates aspiring musicians to sign even unfavorable contracts and obscures the reality of record contracts.

iTake-Over the Recording Industry in the Streaming Era, 2nd Edition (Roman and Littlefield, 2020).

Sheds light on the way large corporations appropriate new technology to maintain their market dominance in a capitalist system. Suggests an otherwise broader opposite perspective on the issue that digital music has diminished the power of major record labels.

Notes with digitization and mobile technologies in tow, the consumption of music exploded. Finds music is now literally everywhere—but none of it is actually free. Argues that the digital music trap is an outgrowth of digital capitalism that commodifies our everyday existence.

Finds the recording industry is changing from a business model dependent on the sale of commodities to a model based on subscriptions and streaming. Terms this model unending consumption because it traps music listeners in a cycle where they must continually subscribe to have access to music.

Sheds light on the way large corporations appropriate new technologies related to recording and distribution of audio material to maintain their market dominance in a capitalist system. Challenges the dominant discourse over digital music distribution, which has largely adopted the position that the recording industry has a legitimate claim to profitability at the detriment of a shared culture.