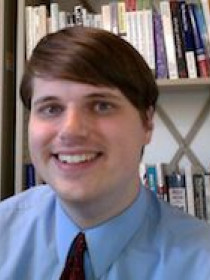 Hopkins studies American political parties, elections, Congress, and the voting behavior of citizens. His research and teaching emphasize the complex process of democratic representation in the United States. Specifically, Hopkins focuses on the critical role played by parties and electoral institutions in translating the preferences and choices of voters into the selection of leaders, the actions of elected officials, and the development of public policy. While it is common for scholars to specialize in studying either politicians and other political elites or the behavior of the public at large, he directs most of his intellectual attention to the important institutional links that connect elite and mass politics- both historically and in the present day. He is committed to engagement not only with fellow academics and students but also with the wider public, including at public events, on social media, and via his personal blog, Honest Graft, where he writes regularly about current events.

Why Republicans Rely More than Democrats on Ideological Sources of Information

Demonstrates that two key features of the American electoral system- geographically-defined constituencies and winner-take-all electoral rules- are driving forces behind the trend of increasing partisan loyalty and ideological polarization among elected officials in the United States.

Provides a comprehensive overview of the presidential election process in the United States, emphasizing the strategic complexity faced by candidates due to the party nomination system, the nature of media coverage, and the challenges, of persuading and mobilizing voters.

Argues that the two major American parties have distinctive natures and operate in fundamentally different ways: the Republican party is the agent of an ideological movement, prizing doctrinal purity and devotion to abstract values, while the Democratic Party is instead a coalition of social groups demanding government action to address specific practical problems and interests. Emphasizes that this asymmetry is evident across a number of political contexts, including congressional and presidential politics, the formation and influence of interest groups, the news media and think tank universe, electoral campaigns and nominations, and the bases of citizen partisan identification.