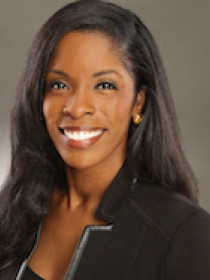 Rose’s research focuses on the impact that federal social policies have on equality in the United States. Her current projects analyze the development of landmark U.S. higher education policies – such as the National Defense Education Act of 1958, the Higher Education Act of 1965, and Title IX of the 1972 Education Amendments – and the impact that they have had on the gender dynamics of American citizenship in terms of socioeconomic and political inclusion. Rose is an alumna of Barack Obama’s 2006 Yes We Can Campaign and Political Training Program; and, prior to entering academia, she worked in Georgia and Minnesota politics.

Makes the case that women's movement toward first class citizenship has been shaped not only by important societal changes, but also by the actions of lawmakers who used a combination of redistributive and regulatory higher education policies to enhance women's incorporation into their roles as American citizens.

"The Development of U.S. Higher Education Policy and Its Impact on the Gender Dynamics of American Citizenship," PhD dissertation, Cornell University, 2012.
Examines how federal higher education policy, as a component of the American welfare state, has influenced the gender dynamics of citizenship since the mid-twentieth century. Finds that by providing crucial resources and experiences, higher education policies have contributed to women's promotion to first-class citizenship, have revolutionized the way in which the state interacts with women, and have promoted gender equality in terms of social and political citizenship.
"Opening Doors for Women: How Title IX of the 1972 Education Amendments Promoted Gender Equality in American Higher Education," Annual Meeting of the Midwestern Political Science Association, March 31, 2013.
Examines lawmakers’ unprecedented use of regulatory policy to expand women’s access to higher education in 1972. Finds that the feedback effects of contemporaneous anti-discrimination policies shaped this effective approach to combating gender discrimination; underscores the centrality of politics to dramatic policy change; and demonstrates the value of federal regulation for promoting gender equality in American institutions.
"U.S. Higher Education Policy and the Expansion of Educational Opportunity for Black Women," Annual Meeting of the Western Political Science Association, February 28, 2013.
Examines the rate at which black women have used landmark federal higher education policies – particularly Pell Grants and federal student loans – and the impact that these programs have had on their college completion rates. Argues that federal higher education programs represent a particularly valuable source of support for black women, especially younger black women. Analysis demonstrates that the use of Pell Grants and federal student loans promotes greater educational attainment for black women, and that, of all female beneficiaries of federal student aid programs, black women are particularly likely to perceive these policies as having significantly expanded their educational opportunity.
"The Tank in the Living Room: An Answer to the Puzzle of Women’s Underrepresentation in American Government," (with Elizabeth Sanders), Annual Meeting of the Midwestern Political Science Association, March 31, 2010.
Argues that the best explanation for the low representation of women in Congress – far below the average of other advanced democracies – may be pervasive militarization. During times of war, the growth of women’s election stagnates, as female candidates are perceived as less fit for office. With fewer women in Congress, the challenge to war policy and competing demands for domestic social policy are weaker, creating a vicious cycle.
"Unsustainability of Equal Opportunity: The Development of the Higher Education Act, 1965-2008," (with Suzanne Mettler), Annual Meeting of the American Political Science Association, August 31, 2009.
Examines the politics of the Higher Education Act’s original enactment and subsequent reauthorizations in order to explain why it has been subject to fragmented sustainability. Findings highlight the dynamic interaction between political change, policy design, and policy feedback effects.