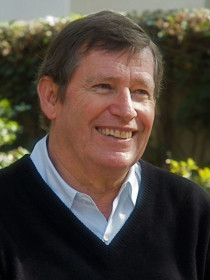 Krige's research focuses on the role of science and technology in international relationships in the Cold War. The overarching theme in Krige's work is the way the United States exploited its scientific and technological pre-eminence to construct a Pax Americana that was moulded to limit the technological possibilities of its allies. He served as the President of the Society for the History of Technology in 2017-18.

The Fight over High-Tech Supremacy Isn't New. We Just Haven't Learned Our Lesson

How Knowledge Moves: Writing the Transnational History of Science and Technology (University of Chicago Press, 2019).

Takes the flow of knowledge as the central object of a transnational approach and shows how, counterintuitively, the state reasserts its sovereignty when sensitive knowledge crosses its borders.

Shows how the United States used its technological pre-eminence as a tool of soft power to divert European collaborative programs in the nuclear and space fields into non-military trajectories.

American Hegemony and the Postwar Reconstruction of Science in Europe (MIT Press, 2008).

Shows how American foundations and the State Department tried to americanize European science in the early Cold War.