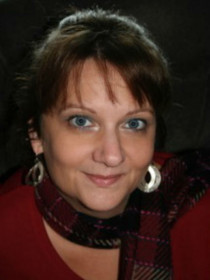 Mazzei's research focuses primarily on irregular political violence, looking at the ways in which actors like paramilitary groups (or "death squads") organize and procure resources, including how non-state violent actors are able to organize and commit often extraordinary acts of violence in part because they are able to access institutional resources and use them without recourse. More generally, Mazzei's research focuses on and speaks to the intersection of political development and human rights.

Accountability for Insurrectionists Is an Act of Unity

"Being Able To Separate Fact From Fiction Will Save a Government of, By, and for the People: Julie M. Mazzei," Julie Mazzei, Opinion, cleveland.com, February 7, 2021.
Interview on Prevention and Punishment of the Crime of Genocide Julie Mazzei, The City of Cleveland ideastream, March 29, 2019.

Elaborates on how Cuba's economy has evolved over the post-Revolution decades in a myriad of ways, perhaps most significantly in terms of trade partner relationships. Evaluates the independence of Cuba's economy since the Revolution, using the metrics of dependency theory.

Summarizes how the dual economic constructed in Cuba during the late 1990s has been called "apartheid" by some.  Explains that the system was used not to exploit Cubans, but to exploit the international capitalism system to benefit the Cuban socio-economic policy-implementation.

"You Got It, So When Do You Flaunt It?: Building Rapport, Intersectionality, and the Strategic Deployment of Gender in the Field" (with Erin O'Brien). Journal of Contemporary Ethnography 38, no. 3 (2009).

Offers in a comparative case study in-depth data analysis demonstrating the ways in which paramilitary groups pull together networks of differently-resourced actors to procure space, weapons, and impunity.

Offers insights on the ways in which non-state actors organize, cooperate, learn over time, and impact the broader political environment. Discusses covering a wide range of non-state actors, the collection speaks to the import of extra-institutional political action.