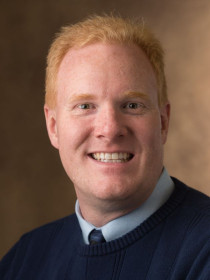 Kenneth W. Moffett is Professor of Political Science and his research focuses on American politics and policy. He coauthored Web 2.0 and the Political Mobilization of College Students in 2016, and has a second cowritten book, The Political Voices of Generation Z, forthcoming with Routledge. He has published academic articles in American Politics Research, Climatic Change, Environment and Behavior, Legislative Studies Quarterly, Party Politics, Social Science Computer Review, and others. He has written essays that have appeared in The Washington Post‘s Monkey Cage Blog, The Hill, The Huffington Post, and more.

Examines the predictability of outcomes within the Court and whether justices consider the potential actions of other political institutions. Assesses whether these factors help to explain the variation in docket size over time.

Argues that the House is more likely to consider bills by suspension to provide side payments to three types of bill sponsors from the majority party: ideologically distant members of this group; members whose preferences are located within the first 30% of the space in the majority party blockout zone; and members whose preferences are located on the minority party side of the chamber median.

Argues that online activities serve as a meaningful form of civic engagement by broadening who participates and encouraging other forms of participation.

Investigates why a legislator would be willing to vote “yea” on final passage of a bill but would choose not to cosponsor that bill.