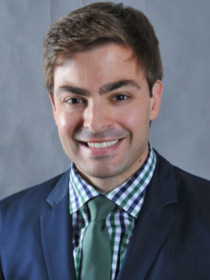 Wozniak’s research focuses on public opinion and the politics of criminal justice. Overarching themes in Wozniak’s writings include the ways that framing and racial attitudes shape public opinion about crime, policing, and punishment, as well as the ways that crime politics reinforce unjust social hierarchies tied to race and class. Wozniak is a former Congressional Fellow of the American Political Science Association and former W.E.B. Du Bois Fellow of the National Institute of Justice.

Draws on colorblind racism theories and the history of law‐and‐order politics while exploring how views of race relations and the police were associated with voting behavior during the 2016 presidential election. Poses the question on the one hand, whether people were engaged with the civil rights issues raised by Black Lives Matter and, on the other hand whether Trump's expressions of support for the police functioned as a racial "dog whistle" to mobilize a particular set of voters.

"The Effect of Exposure to Racialized Cues on White and Black Public Support for Justice Reinvestment" Justice Quarterly (2019).

Uses racial priming theory to analyze black and white public opinion about the Justice Reinvestment Initiative with a particular emphasis on the choice of how to reinvest tax money. Tests whether exposure to racialized cue words affects people's willingness to invest money into the social infrastructure of neighborhoods of concentrated disadvantage versus invest money into the criminal justice system. Indicates no investment preference differences between people exposed to implicitly racialized cues and people exposed to no cues.

"An Analysis of Black-White Racial Differences in Public Support for Nonviolent Sentencing Reform" Race and Justice (2018).

Examines public support for sentencing reform for nonviolent offenders situated within a justice reinvestment context. Pays particular attention to difference in support between White and Black Americans, and analyzes the degree to which ideological beliefs explain interracial differences. Finds that a larger number of both Black and White people support, rather than oppose, sentencing property and drug offenders to community-based sanctions instead of prison, but the likelihood that a person will express support or opposition is related to several ideological beliefs and demographic characteristics.

Finds that people who perceived the police to be biased against African Americans were significantly more likely to express support for Hillary Clinton versus Donald Trump; Also finds that racist attitudes predicted support for Trump, and including racism in the analysis absorbed most of the relationship between perceptions of police bias and candidate preference.

Finds that people who perceive life in prison to be easy or insufficiently-harsh were also more likely to express 1) support for other harsh punishments and 2) opposition to prisoner reentry and crime prevention programs; Findings suggest that political rhetoric decrying “country club prisons” may harshen people’s attitudes toward criminal justice globally.