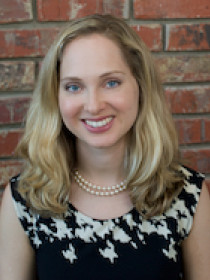 Bean is a fellow in New America's Political Reform program. She writes and consults on state power-building, religion in public life, and grassroots organizing. Her work has been featured in the Washington Post, Democracy, Sojourners, Social Science Quarterly, Sociology of Religion, and Journal for the Scientific Study of Religion. She completed a PhD in sociology at Harvard University and a bachelors at Austin College.

In 2014, Bean founded Faith in Texas, a multiracial movement organizing faith communities for social change. She also served as Senior Consultant to Faith in Action (previously PICO National Network). Bean served as the Executive Director to Faith in Action from 2014 to 2018, building the organization to a network of over 50 congregations in four counties. Faith in Texas helped pass new national rules against payday lending and successfully advocated for a new "cite and release" policy in Dallas to reduce incarceration.

Bean is the author of The politics of Evangelical Identity (Princeton University 2014), a comparative ethnography of evangelical churches in the United States and Canada. This book reveals how the coalition between evangelicals and the Republican Party is anchored in the lives of local congregations, not just created top-down by political elites who have framed conservative issues in religious language. Her next book is about innovation in state power-building.

Bean has been active in Texas civic life since 1999. when over 20% of the Black adults in her hometown of Tulia were wrongfully accused of drug charges by an undercover informant. Bean helped found Friends of Justice, a movement of defendants, their families, and local allies, including her parents and grandparents. Friends of Justice went on to help other communities across the South organize against wrongful prosecution in Texas, Louisiana, and MIssissippi. Notable cases include Hearne, Texas (featured in the movie American Violet), Winona, Mississippi (featured in the NPR Podcast In the Dark), and Jena, Louisiana.

The Politics of Evangelical Identity: Local Churches and Partisan Divides in the United States and Canada (Princeton University Press, forthcoming).

Asks how white evangelical churches link religion to conservative politics. Finds that partisan cues are actually more powerful when they are not seen as “political”, but rather woven into the fabric of everyday religious practice. Discusses how many commentators protest that white evangelical churches have been hijacked for partisan purposes, but that evangelicals actually report that they hear less about politics in church than Mainline Protestants or Catholics. Uses ethnographic data in four churches to comparea white evangelicals in the U.S. to their counterparts in Canada, who share their traditional morality but not their conservative politics.

"Why Doesn’t Canada Have an American-style Christian Right?: A Comparative Framework for Analyzing the Political Effects of Evangelical Subcultural Identity" (with Marco Gonzalez and Jason Kaufman). Canadian Journal of Sociology 33, no. 4 (2008): 899-943.

"Compassionate Conservatives?: Evangelicalism, Economic Conservatism, and National Identity in the United States and Canada" Journal for the Scientific Study of Religion 53, no. 1 (2014): 167-186.

Asks the question: why is evangelicalism associated with economic conservatism in the U.S., but not in Canada and other countries? Finds that American evangelicals associate the growth of the welfare state with the decline of Christian values, and see religious charity as a positive alternative to government services. Discusses how by contrast, Canadian evangelicals associate the welfare state with national pride, and see religious charity as an extension of government-led programs to include poor people in the national community.