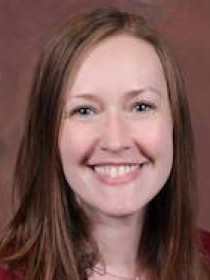 Lizotte’s research and teaching revolve around gender and politics in the United States with a specific interest in political behavior and public opinion. Much of her research investigates the origins and dynamics of gender differences in party identification, vote choice, and policy positions. She has also researched the influence of various factors such as prior experience on candidate evaluations and vote likelihood with respect to female political candidates. In addition to teaching a Women and Politics special topics course, she also teaches various American politics courses such as Intro, Congress and the Presidency, as well as Public Policy Analysis for a Masters in Public Administration.

Investigates why on average men are more supportive of the use of torture, or enhanced interrogation techniques, than women. The analysis supports the hypothesis that men with higher risk perceptions are more supportive of the use of torture because they see torture as a means of reducing the risk of future terrorist attacks. Women, in comparison, with higher risk perceptions do not support the use of torture at the same level as men likely because they do not see torture as instrumental in reducing future terrorist attacks.

Demonstrates that the gender gap in support for government spending on childcare, public schools, and the provision of services in general is partially explained by Social Role Theory. Women with children are the most supportive of increased government spending on childcare and public schools as well as being the most likely to express desire for more government services. Women without children, men with children, and men without children are less supportive of this type of spending and of more government services.

"Investigating the Origins of the Gender Gap in Support for War" Political Studies Review (2017).

Provides a critical review of the research on gender differences in support for war. Four different theoretical reasons for women’s greater propensity to oppose the use of military force are discussed including the empirical evidence to date supportive each theory. The four theories are feminist identity, social roles and motherhood, economic and political marginalization, and personal values.

Women are slightly more favorable toward the Affordable Care Act than men. Women’s greater support appears to be the result of women’s greater propensity to care about the well-being of others and the result of self-interest with lower income women expressing greater levels of favorability.

Reproductive Rights attitudes, specifically attitudes toward abortion legality, equally influence men’s and women’s party identification and vote choice including in 2012 with the heightened salience of the “War on Women” rhetoric.