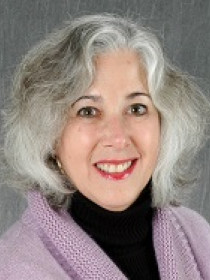 Harold and Jane Hirsh Professor of Health Law and Policy and Founding Chair of the Department of Health Policy, The George Washington University
Areas of Expertise:

Rosenbaum has devoted her professional career to issues of health justice for populations who are medically underserved as a result of race, poverty, disability, or cultural exclusion. She has emphasized public engagement as a core element of her professional life, providing public service to six Presidential Administrations and fifteen Congresses since 1977. Professor Rosenbaum is best known for her work on the expansion of Medicaid, the expansion of community health centers, patients' rights in managed care, civil rights and health care, and national health reform. Between 1993 and 1994, she worked for President Clinton, directing the drafting of the Health Security Act and designing the Vaccines for Children program, which offers near-universal coverage of vaccines for low income and medically underserved children. She also regularly advises state governments on health policy matters and has served as a testifying expert in legal actions involving the rights of children under Medicaid. She has received national awards for her work, serves on governmental advisory committees, private organizational and foundation boards, and is a past Chair of AcademyHealth. She is a member of the Institute of Medicine and the CDC Director’s Advisory Committee; she also serves as a Commissioner on the Medicaid and CHIP Payment and Access Commission, which advises Congress on federal Medicaid policy.

Argues that coupling tools such as CMS’s Innovation Accelerator Program with up-­­front investments from the Health Resources and Services Administration (HRSA), state Medicaid agencies and health centers are ideally positioned to work together to improve the scope and quality of family planning services for health center patients at all points along the health care continuum, beginning with preconception care and continuing throughout the childbearing cycle.

Argues that the HRSA’s quality improvement strategy should include the development of actionable performance measures, training and technical assistance, special supplemental grant awards to support quality improvement efforts and expansion of family planning services, and collaboration with CMS to identify purchasing strategies that can promote the goals of the guidelines, as translated and made actionable in a health center setting

"Scope of Family Planning Services Available in Community Health Centers" (with Susan Wood, Tishra Beeson, Brian Bruen, Debora Goetz-Goldberg, Holly Mead, and Peter Shin). Contraception 89, no. 2 (2013): 85-90.
Reports on the scope of services provided at Federally Qualified Health Centers (FQHCs) – a major and growing source of primary care for low-income women of reproductive age – including on-site provision, prescription-only and referral options for a range of contraceptive methods. Only limited knowledge exists on the scope of family planning care these centers provide and the mechanisms for delivery of these essential reproductive health services, including family planning.
"Medicaid and Community Health Centers: The Relationship between Coverage for Adults and Primary Care Capacity in Medically Underserved Communities," (with Peter Shin, Rachel Arguello, and Jennifer Tolbert), Kaiser Family Foundation and the RCHN Community Health Foundation, February 29, 2012.
Compares the strength of health centers in states that have expanded Medicaid coverage for adults to health centers in states with more limited Medicaid coverage for adults in order to better understand how Medicaid influences health center practice. In sum, broader Medicaid eligibility for adults appears to be associated with an enhanced ability of health centers to invest in capacity-building activities to meet the needs of patients and communities.
Law and the American Health Care System, Second Edition (with David M. Frankford, Sylvia A. Law, and Rand E. Rosenblatt) (Foundation Press, 2012).
Examines the complex and dynamic relationship between law and the American health care system, covering health care access and non-discrimination, the regulation of health insurance and the impact of national health reform, the interaction between law and the challenge of health care quality, and the role of law in regulating the health care marketplace.