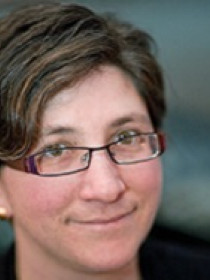 Roberts studies the ways that policies and the health care system punish, rather than support, vulnerable pregnant women, including pregnant women using alcohol and drugs and pregnant women considering abortion. Her research falls into two categories. First, she conducts research about state-level policies related to abortion and state-level policies targeting alcohol and drug use during pregnancy. Second, she conducts research to inform the development of genuine public health approaches to abortion, including generating the evidence-base to inform facility standards for abortion facilities and research to inform how health departments should engage with abortion.

As part of her work related to pregnant women's alcohol and drug use, Roberts has served as an advisor to multiple local health departments, and served on advisory committees for the March of Dimes and CA ACOG, the Association of Reproductive Health Professionals, as well as SAMHSA. As part of her research about abortion, she has served on advisory committees for projects focusing on insurance coverage for abortion and on later abortion.

What Happened to Women's Health When the State of Ohio Forced the Use of Outdated Abortion Procedures?

Women's Experience with a 72-Hour Waiting Period for Abortion

Using data from the UCSF Turnaway Study (n=956 women seeking abortion in the United States), we found that nearly 5% reported alcohol, tobacco, or drug use as a reason for deciding to have an abortion. Women reporting alcohol as a reason drank at levels exceeding a low threshold and did not appear to be terminating otherwise wanted pregnancies. None of the women reporting drug use as a reason reported fear of punishment as a reason for abortion. Ninety-eight percent of women reporting alcohol, tobacco, or drugs as a reason had unintended pregnancies. Findings are inconsistent with hypotheses that recommendations for abstinence from alcohol during pregnancy and punitive policies relating to drug use lead women using low levels of alcohol or using drugs to terminate otherwise wanted pregnancies.

Using qualitative data collected from pregnant and parenting women using alcohol and/or drugs in a California county, finds that women using drugs attended and avoided prenatal care for reasons not connected to their drug use: concern for the health of their baby, social support, and extrinsic barriers such as health insurance and transportation. Also finds that drug use itself was a barrier for a few women. In addition to drug use, women experienced multiple simultaneous risk factors. Both the drug use and the multiple simultaneous risk factors made resolving extrinsic barriers more difficult. Women also feared the effects of drug use on their baby's health and feared being reported to Child Protective Services, each of which influenced prenatal care use.