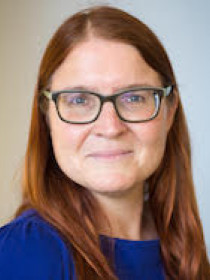 Golash-Boza’s most recent work is on the social consequences of immigration policy, with a focus on deportations. She recently finished a book based on interviews with 150 people who were deported from the United States. This research builds on previous work on immigration policy. Her book, Immigration Nation, explains how U.S. immigration policy has negatively affected the human rights of immigrants and their family members. Another book, Due Process Denied, describes how non-citizens can be detained and deported without regard for constitutional limits on disproportionate punishment. Gloash-Boza has also published work on Latino racial identity and classification in the United States as well as on racial dynamics in Latin America. Her first book, Yo Soy Negro: Blackness in Peru, is the first book in English on meanings of blackness in Peru.

The Deportation Crisis for Latino Immigrant Men and Their Families

"Latino Immigrant Men and the Deportation Crisis: A Gendered Racial Removal Program" (with Pierrette Hondagneu-Sotelo). Latino Studies 11, no. 3 (2013): 271-292.
Outlines how deportation policies have shifted in recent years from border to interior enforcement and how this shift has targeted Latino men.
"Causes and Consequences of International Migration: Sociological Evidence for the Right to Mobility" (with Cecilia Menjívar). The International Journal of Human Rights 16, no. 8 (2012): 1213-1227.
Argues that the right to move across national borders should be incorporated into human rights doctrine.
"Had They Been Polite and Civilized, None of This Would Have Happened: Discourses of Race and Racism in Multicultural Lima" Latin American and Caribbean Ethnic Studies 5, no. 3 (2010): 317-330.
Explains how Peruvians are aware that racism is a problem, decry racism, yet continue to reproduce racism through practices and beliefs.