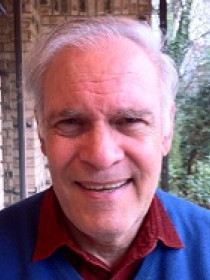 Hicks’ academic work has focused on safety net and “redistributive” policy – for example, social insurance, tax, and anti-unemployment policy in the United States and in the rich democracies of North America, Europe and Australia and New Zealand more generally. Some of his published work has been descriptive of such policies (e.g., the redistributive impact of taxing and spending in the U.S at the federal and state levels as well as across the EU nations), some has attempted to identify the causes of such policy – especially policies related to the party composition of governments and the strength of labor unions and business associations. He has canvassed for progressive candidates running for national and state offices, participated in Emory campus events around elections (most notably as a debater for the Emory Young Democrats in 1996), and written articles for limited publication in small venues on public issues (e.g. a critique of U.S. policy for the Emory Wheel in 2005). He is currently working on U.S. income inequality with a focus on the sources of the income shares of the richest 1% and 0.1 % of U.S. households and on key limiting and enabling characteristics of partisan politics for U.S. socioeconomics when partisan power is viewed in the context of U.S. legislative and executive institutions and, over the longer term, the regional migrations and ideological transformations of the Democratic and Republican parties.

How the Wealthiest of America's Rich Make Their Money

"Family Policies and Women's Employment: A Regression Analysis" (with Lane Kenworthy), in Method and Substance in Macro-Comparative Analysis: The Case of Employment Growth, edited by Alexander Hicks and Lane Kenworthy (Palgrave Macmillan, 2008), 196-220.
Finds that the impacts of such public policies as the availability of free, high quality public day care cannot be so robustly concluded to aid female labor force participation and employment rates as high levels of female education.
"Back to the Future? A Review Essay on U.S. Income Concentration and Politics" Socio-Economic Review 1 (2003): 271-288.
Shows that the income and wealth shares of the most affluent 1% of household changed in tandem with Republican Congressional Conservatism and Congressional ideological polarization over the course of the twentieth century.
Social Democracy and Welfare Capitalism: A Century of Income Security Politics (Cornell University Press, 1999).
Finds that the course and causes of the emergence of social insurance programs and growth in social insurance spending in Western Europe, the British settler colonies and Japan were largely driven by growth in labor unions, parties allied to them, and institutions allied to them. Winner of Luebbert Award of Comparative Politics Section of American Political Science Association for best book of 1998-1999.
"Cooperation & Political Economic Performance in Affluent Capitalist Democracies" (with Lane Kenworthy). American Journal of Sociology (1998): 1631-1672.
Finds that, across affluent democracies late in the twentieth century, institutions marked by cooperative relations among labor unions and between business and labor strongly correlate with generous and well-financed social insurance programs, ample labor training and placement policies, and low unemployment; and that institutions marked by cooperation among business firms and associations tend to bolster economic growth.
"Elections, Keynes, Bureaucracy and Class: Explaining U.S. Budget Deficits, 1961-1978" American Sociological Review 49 (1984): 165-182.
Finds that responses of automatic stabilizers to demographic changes in entitled populations and the rule of Democratic Presidents are conducive to the use of deficit stimulus in the 1961-1978 United States.
"Governmental Redistribution in Rich Capitalist Democracies" (with Duane Swank). Policy Studies Journal 10 (1984): 264-287.
Pioneers cross-national measurement of governmental redistribution as changes in Gini indices of income inequality before and after the operation of government taxing and transfer-payment spending and finds that this redistribution very strongly correlates across rich democracies with measures of union cohesion and membership. Winner of award of Public Policy Association for best article on public policy of 1984.