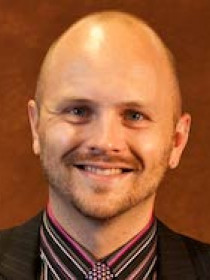 Miller's broad research interests lie in American elections and political behavior, with a particular focus on how policy changes in campaign finance and election administration affect voting behavior.  Miller is also interested in how party elites shape candidacies and election outcomes, how voters process political information, the experience of and reaction to women as candidates, and the manner in which people evaluate politicians involved in political scandals.

In addition to his work at Barnard, at present Miler is also a fellow at the Brennan Center for Justice (NYU Law School), working mostly with the Money in Politics group. His research has been utilized as empirical evidence in a campaign finance case before the United States Supreme Court (McComish v. Bennett), both as cited work in amicus briefs and during oral arguments.  His research has also been cited in committee testimony before the United States Senate and a number of state legislatures and large cities.

How Local Political Party Leaders Perpetuate the Underrepresentation of Minorities in U.S. Government

"Do Party Chairs Think Women and Minority Candidates Can Win? Evidence from a Conjoint Experiment," (with David Doherty and Conor M. Dowling), forthcoming.

An experiment on a national sample of local party chairs shows that while they do not downgrade the electoral chances of women candidates, they do view black and Latina/o candidates more negatively, and this penalty cannot be easily explained by other factors such as local conditions.

Subsidizing Democracy: How Public Funding Changes Elections, and How iIt Can Work in the Future (Cornell University Press, 2014).

Describes how large-scale public election funding programs have changed the behavior of campaigns and voters in the states where they have been implemented.

Exposure to information about fictitious scandals suggests that all else equal, voters view politicians embroiled in financial scandals more harshly than those caught up in sex scandals, and an abuse of power by the politician amplifies the effect of both.