For the last decade, the Puerto Rican population has grown substantially in the United States, so much that it has surpassed the population living on the island of Puerto Rico. Especially after Hurricane Maria, recent migrants have especially gone to Florida, which recently surpassed New York as the state with the largest Puerto Rican population. Puerto Ricans are U.S. citizens and once they reside in any of the fifty states, they can register and vote in local, state, and federal elections. What are the political consequences of recent movements? To understand how Puerto Ricans vote in the United States, we surveyed their political ideologies and party preferences the week prior to and during the 2018 midterm elections.

Many commentators assumed that recent influxes of Puerto Ricans to the continental United States would benefit Democrats in 2018. Increased numbers of newly registered Hispanic voters did participate in the 2018 midterm elections. Although the results did not meet expectations set in the media, the Puerto Rican vote could still prove decisive in the 2020 U.S. presidential elections. States with increasing numbers of Puerto Ricans like Florida could become swing states and even decide the presidential election. As our recent research shows, many factors limited participation by Puerto Ricans in the 2018 elections – including the recent arrival of many on the U.S. mainland, a lack of interest in the U.S. political system, and the fact that many reportedly did not have time register.

Our study highlights that recent Puerto Rican migrants are not affiliated with U.S. political parties. However, the longer they reside on the mainland United States, the more likely they are to register to vote and affiliate themselves with Democrats or Republicans. Among Puerto Ricans who have been in the mainland for the longest, there is a higher tendency to identify as Democrats. But Puerto Ricans who identify as Republican were more likely to have actually voted in 2016. Importantly, prior to the 2018 elections, members of both parties expressed a greater willingness to cast their votes than in 2016), and this increase was greater among Democrats than among Republicans. 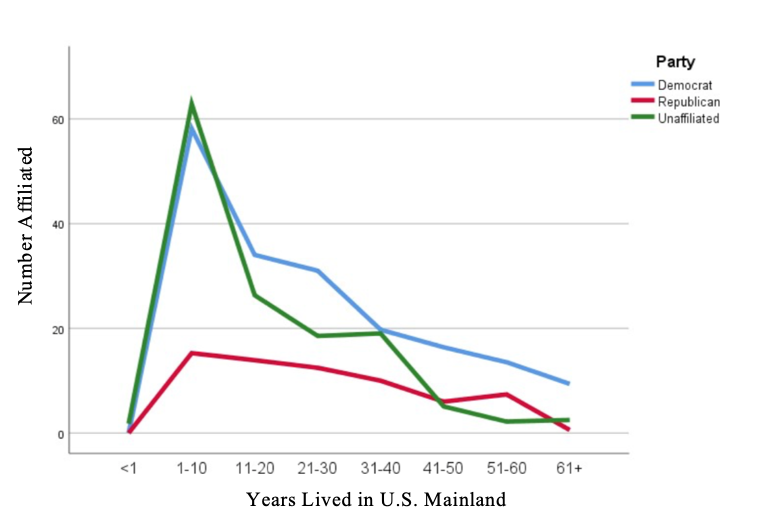 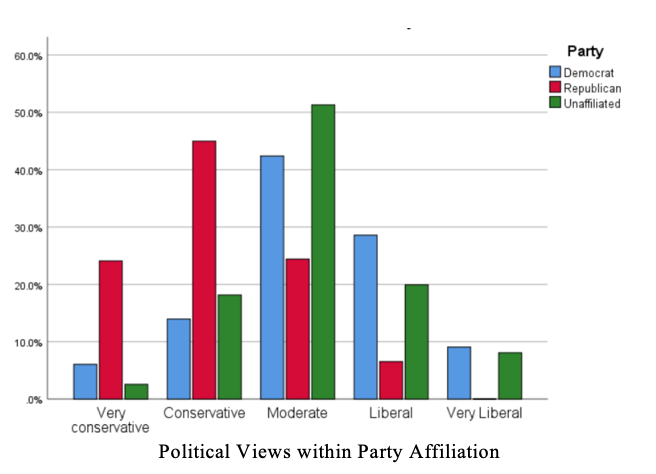 Puerto Ricans are not politically homogeneous. Most described themselves as moderate (42%), followed by liberal (21.7%), conservative (20.7%), very conservative (8.6%), and very liberal (7%). When asked about their political party affiliation, 60% of our respondents identified as Democrats (split between those who called themselves moderates and those who said they were liberal or very liberal). But Puerto Ricans are certainly not all Democrats; 40% of our respondents identified themselves as Republicans (and three-fourths of those say they are conservative or very conservative). Men were more likely to identify as Republicans, while women were more likely to identify as Democrats or as unaffiliated. Although just over a third of our respondents do not claim a party affiliation, research suggests that most will become affiliated the longer they live on the mainland. This key fact leads to several recommendations for increasing voter turnout and civic engagement among Puerto Ricans leading into 2020:

Now or Never: The Importance of Civic Engagement in the CommonwealthOctober 8, 2022
Now Is No Time for Spectator DemocracySeptember 17, 2022
Reassessing Education and the American Dream September 10, 2022