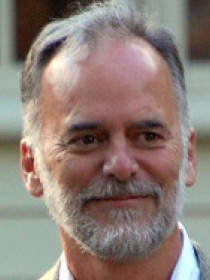 Baumgartner’s work focuses on why some issues and not others reach the front pages of the newspapers and the desks of national political leaders. He also works on the roles of interest groups and lobbyists in national policymaking. His work centers on the efforts of people in and around government to frame complicated issues to their own advantage. This has led him to general studies of the policy process as well as to detailed studies of such policy issues as nuclear power, capital punishment, and poverty. While most of his work as focused on the United States, he also has significant experience in France and several other western countries. One of his books was about framing the death penalty, and that work led him to become involved in various studies focusing on the statistical patterns of use of the death penalty in North Carolina and nationally. This, in turn, has led him also to be involved in some related analyses of racial bias in criminal justice outcomes more generally.

Episode 79:
Is the Death Penalty Dying?

Deadly Symbolism: Race and Capital Punishment in North Carolina (with Seth Kotch and Isaac Unah) (manuscript, forthcoming).
Demonstrates that the death penalty has always been symbolic (of roughly 600 homicides that occur each year in North Carolina, only a dozen or so might be singled out for capital prosecution) and highly racialized (just one person in North Carolina has been executed for the crime of killing a single black male, but black males are the group at greatest risk of homicide victimization). As North Carolina debates the racialized nature of the death penalty, our book seeks to lay out the historical and statistical trends that are inescapable and which suggest we should eliminate a penalty that has never been more than a symbol.
Suspect Citizens: What 20 Million Traffic Stops Tell Us about Policing and Race (with Derek Andrew Epp and Kelsey Shoub) (Cambridge University Press, 2018).

Offers the most comprehensive look to date at the most common form of police-citizen interactions, the routine traffic stop.

Examines the record established through 40 years of experience with the “new and improved” death penalty since, in 1972, the U.S. Supreme Court invalidated all existing death penalty laws in its landmark Furman v. Georgia decision. Asks if the modern system has worked as intended, and have the states successfully targeted only a narrow class of particularly heinous crimes and the most deserving criminals for the ultimate punishment, or do various elements of caprice, bias, and arbitrariness continue to make the application of the death penalty akin to “being struck by lightning” as the Court noted in Furman?

Shows dramatic disparities in the rates at which black drivers, particularly young males, are searched and arrested as compared to similarly situated whites, women, or older drivers. Presents findings that are robust to a variety of statistical specifications and consistent with findings in other jurisdictions.

"Framing the Poor: Media Coverage and U.S. Poverty Policy, 1960-2008" (with Max Rose). Policy Studies Journal 41, no. 1 (2013): 22-53.
Tracks U.S. antipoverty policy since 1960, first developing a statistical measure of how generous the government is toward the poor. Our measure shows increased generosity during the “War on Poverty” in the 1960s and declines since the mid-1970s. We then demonstrate that this arc of generosity, then increasing stinginess, can be almost entirely explained by the shifting tone of media coverage of the issue of poverty.
"North Carolina Traffic Stop Statistics Analysis," (with Derek Epp), North Carolina Advocates for Justice, January 31, 2012.

Uses official statistics provided by the North Carolina Department of Justice and found possible racial bias associated with traffic stops in the state from January 1, 2000 through June 2011. The report was submitted to the Governor, Attorney General, and leaders of both parties in both chambers of the NC legislature in April 2012; in June 2012, it was leaked to the press.

Lobbying and Policy Change: Who Wins, Who Loses, and Why (with Jeffrey M. Berry, Marie Hojnacki, Beth L. Leech, and David C. Kimball) (University of Chicago Press, 2009).
Employs a random sample of the objects of public policy lobbying in Washington to show who wins, who loses, and why. Surprisingly, much of the power of money and access is already reflected in the status quo policy, and deviations from this – the objects of lobbying – are not related to material resources. Winner of the Leon D. Epstein Outstanding Book Award, American Political Science Association Section on Political Organizations and Parties, 2010.
The Decline of the Death Penalty and the Discovery of Innocence (with Suzanna L. De Boef and Amber E. Boydstun) (Cambridge University Press, 2008).
Shows the power of framing by tracing media discussion of the death penalty from 1960 to present, documenting the surprising surge of attention to a problem that has always been associated with criminal justice: errors and mistakes. The innocence movement has brought attention to a long-standing element of capital punishment – it is a human-designed institution run by humans – and has led to a dramatic and historic decline in the use of capital punishment since the mid-1990s. Winner of the Gladys M. Kammerer Award for the best publication in the field of U.S. national policy, American Political Science Association, 2008.
Agendas and Instability in American Politics (with Bryan D. Jones) (University of Chicago Press, 1993).
Demonstrates that public policies in America are often characterized by long periods of stability, but that this apparent equilibrium can be disrupted by dramatic reversals of public fortune. With examples ranging from nuclear power, pesticides, and smoking policies, we show that powerful industrial interests that at times seem to dominate the political system and to benefit from privileged access to government decision-makers can suddenly lose that power when the public image associated with their industry deteriorates. Winner of the Aaron Wildavsky Award for a work of lasting impact on the field of public policy, American Political Science Association Organized Section on Public Policy, 2001.